Mancuso uncovers a sophisticated murder-for-hire organization. And now, his loved ones and unborn baby are at risk. 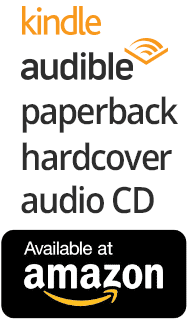 He’s using the vicious beating and murder of his wife as a campaign rallying point?

Seeking closure, or so he says, New York Councilman Marcus Stevens, whose ambitions are on the Mayors’ Gracie Mansion, hires Mancuso, Father O’Brian, and the rest of the PI team to solve his wife homicide.

As he does, he realizes that this cold-case is far from just one murder. But the more he thinks about it, the more the frustration increases. He begins to have recurring nightmares about being caught in a labyrinth. Night after night, he starts at the center, each night making more progress as he moves through a series of circles. But the nightmare has the same ending each night; a dead end with no pass to the exit.

During the investigation, Joey discovers that there are thirty-one organized gangs in Brooklyn where his client’s wife was murdered. And there, according to the NYPD detectives that worked the case, is where all the clues led them, and where they lost their bearings.

Things develop fast as this action murder mystery unfolds from the PI’s offices of Mancuso and O’Brian in the Irish Pub and Cigar Bar they own and work from in the financial district of Manhattan. But wait, Joey may be forced to drop the case as the lives of his wife, his unborn baby, and the rest of the team are threatened. Will he? Or will he plow through? And find the exit to this labyrinth.

Twist and turns await you as you dwell on this meticulously developed suspense mystery.

“The Labyrinth: A Joey Mancuso, Father O’Brian Crime Mystery Book 8 by Owen Parr is a twisty tale of murder and mystery. When New York politician Marcus Stevens hires Joey Mancuso and his private investigation team to solve the murder of his wife, it appears as though he wants closure for the cold case. His wife was murdered a year ago and as Joey begins the investigation, he and his team uncover deeper layers of crime. In a city like Brooklyn, infested with criminal gangs where the murder took place, it becomes a labyrinth to navigate, and the path becomes more dangerous with each new discovery in the case. Joey’s wife is pregnant and as the investigation progresses, her life and the lives of those in the PI team become increasingly endangered. Things don’t get any better with Joey unwittingly reconnecting with his first girlfriend in high school. The biggest challenge is uncovering the link between the cold case and Marcus Stevens’ political ambitions.

This is a gorgeously written story packed with twists and surprises. Told in an engrossing first-person narrative voice, the novel features compelling characters, including Joey, Father Dominic, and Agnes —researcher, hacker — and a slew of other characters like Joey’s wife, Special Agent Marcy. While the novel is written in crisp and dazzling prose, what sustained my attention and had me racing through the pages was the wonderfully written dialogues. The investigative questions are spot-on, the dialogues are clever and they move the plot forward while unveiling layers of the characters. It is fast-paced and emotionally electrifying, and Owen Parr has the knack of taking readers to unexpected places as they follow the characters through the maze. The Labyrinth is a delightful entry into the series and it reads well as a standalone novel.”