Despite a recent drop in New York City’s crime rate, the PI business is booming for acutely-astute investigator Joey Mancuso and his partner-in-solving-crime Father Dominic O’Brian. So it’s no surprise when Mancuso is called to the scene of a particularly gruesome and utterly confounding Lower Manhattan murder. 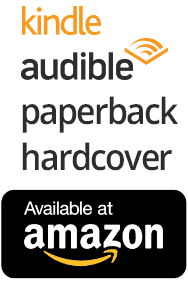 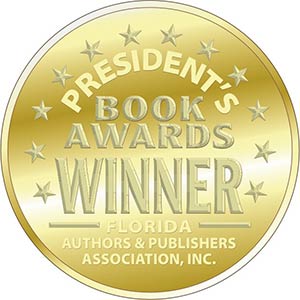 The vic, Oscar Stanton, was gunned down in Washington Square Park in broad daylight, just after lunch. A quick and dirty ID reveals the real Oscar Stanton was working in cybersecurity for the DOD and, perhaps unsurprisingly, was killed in Afghanistan.

And since Mancuso’s antics tend to weave a winding yarn as intricately-connected as a satisfying Sherlock Holmes story, it’s even less surprising that the fake Stantons lunch date was recently tailed by FBI agent Marcy Martinez (who happens to be Mancuso’s wife).

When crucial evidence from the scene is found in Marcy’s car and Marcy’s hands test positive for gunshot residue, Mancuso knows she’s been framed.

The signs point to her partner, Thomas Lyons. After all, she has a history of shall we say unreliable partners (i.e. murderous psychopaths). But Lyons has mysteriously gone AWOL until his body is found stuffed in a janitors closet at a subway station.

As a complex white collar crimes case unfolds with the usual barrage of infighting between the NYPD, CIA, FBI, and military intelligence, it becomes increasingly evident that, despite personal ties to the case, Mancuso and his associates are Marcy’s only hope. They’re up against a well-connected killer, not to mention intelligence agents the killer has in his back pocket.

Who will like this: It’s Matt Scudder meets Father Brown. Fans of both New York PI novels and police procedurals like those by Raymond Chandler, Joseph Wambaugh, Lawrence Block, and Rex Stout and of clerical mysteries will love this offbeat detective team. As will devotees of the greatest detective of all time, Sir Arthur Conan Doyle’s Sherlock Holmes.

5.0 out of 5 stars
Just Awesome!
Reviewed in the United States – Verified Review – Amazon

“Can’t get enough of your books. Can’t put them down once I start reading! You are an awesome writer! Very Awesome!”

“I love the mystery within the mystery. Never a dull moment. Surprises that make sense when you think about it. Interesting characters reads quickly, I wanted to see it through to the end.”