A past life regression with present-day relevance. A fatal threat from Iran spies. A conspiracy within our own government. Owen Parr has woven together a tapestry of sinister threads in the third installment of his Alpha Team Spy Thriller Series.

Ex-FBI Agent John Powers is on a special ops assignment in Prague when his past and present begin to collide treacherously. A few years ago, his best friend left behind a wife and son, John’s godson Ian, when he died in Afghanistan. Today, John is still close with the family, but he’s about to take on a whole new level of responsibility for them when a mounting conspiracy brings back his own demons. 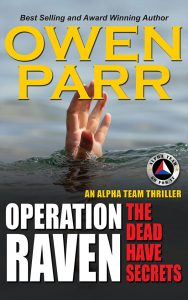 During a hypnosis session to treat Ian’s fear of water, a doctor invokes the boy’s past life and finds he was one of three US senators assassinated by government agents. This revelation comes as a particular shock to John, who was the very agent ordered to end the politician’s life, as part of an Iranian counterintelligence maneuver.

But death is not the end here. Soon after Ian’s hypnosis, Iranian nationals steal the doctor’s tapes. Without a moment’s hesitation, John drops everything to fly across the world and protect Ian and his mother. But after Ian’s doctor is murdered, his nurse goes missing, and John’s former boss at the Defense Department surfaces, John begins to realize that this conspiracy will throw his personal and professional lives into a vicious blender before it’s all over.

This espionage thriller is made to order for fans of Brad Thor, James Rosone and Miranda Watson, Vince Flynn, and Robert Ludlum.

Lovers of crime fiction and special ops heroics will be on the edge of their seats as Agent Powers makes cutthroat decisions and kicks down the closet door to the federal government’s most guarded skeletons.

“Another fantastic book by this fantastic wordsmith. This presents numerous points of interest throughout the whole story line. Reincarnation?” 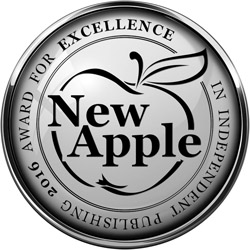