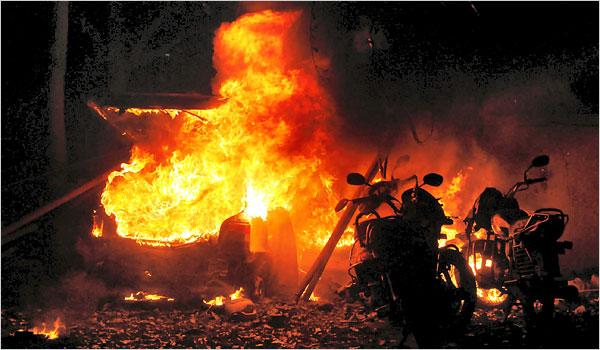 A GROUP OF JIHADI TERRORIST EN ROUTE BY CHINESE FREIGHTER FROM CUBA TO THE U.S. VIA MEXICO’S DRUG CARTEL TUNNELS 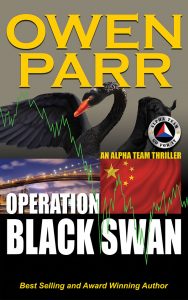 “One of the best mystery books I’ve read, this year.” —JV “A Delta Force sniper with the nickname of ‘The Hulk’ and his Alpha Team stand between a strong and independent American homeland and subservience to a dominant Chinese state.”

Use this link for an autographed copy.

A GROUP OF JIHADI TERRORIST EN ROUTE BY CHINESE FREIGHTER FROM CUBA TO THE U.S. VIA MEXICO’S DRUG CARTEL TUNNELS.The Alpha Team of the private security firm Sect-Intel Group—headed by former Delta Force soldier and CIA operative John Powers, with former DEA agent Jackie Allison and millennials – computer whiz Joey Valentine, and martial artist Melissa Harrington—uncover a terror plot in the making. Learning of this, former CIA operative himself, Alejandro ‘Alex’ Cardenas, owner of Sect-Intel, communicates the news to the US authorities. Soon, John and three other Sect-Intel operatives are lying in a dark and humid tunnel on the border of Mexico and the US, hoping to trap the approaching terrorists.WHAT POWERS AND CARDENAS DO NOT YET KNOW IS THAT THEY HAVE UNCOVERED THE CULMINATING STAGES OF A COMBINED CHINESE AND CUBAN ATTACK CALLED “OPERATION BLACK SWAN” THAT COMBINES JIHADIST TERROR ATTACKS ON AMERICAN SOIL WITH SOPHISTICATED INSIDER MANIPULATION OF THE NEW YORK STOCK MARKET, PLUS HACKING OF SENSITIVE AMERICAN BANKING, COMMERCE, AND SECURITY FIRMS. The OBJECTIVE: to shatter the U.S. economy and bring on a financial crisis so devastating that the country loses control of its assets and becomes a vassal state of the world-dominating Chinese. Masterminding the cyber warfare aspect of the plan is Director Chen Lee of China’s Ministry of State Security, who directs New York-based financial tycoon Nikolas Akakios in the arcane manipulation of a select group of U.S. companies for the purpose of crashing the American stock market. Operation Central to the plan to destabilize the U.S. economy is Cuban Colonel Abimbola Cruz, whose Directorate of Intelligence has provided the training and logistics for the Jihadi terrorists. The colonel’s motivation, however, is as much personal as ideological: years earlier, as a CIA operative, Alex was largely responsible for foiling a massive money-laundering scheme dubbed “Due Diligence” that the Cuban military maintained in coordination with the Jimenez drug cartel of Mexico.

Also involved in the disruption of the colonel’s lucrative arrangement was then-DEA agent Jessica Allison, as well as investment banker Julia Muller Estrada Palma, who was unwittingly a pawn for the Jimenez cartel and is now engaged to Alex Cardenas.Soon after his operatives sniff out the rough outline of Operation Black Swan, Alex gets a chilling call from Colonel Cruz: he has kidnapped Julia and Jackie from Mexico City and is holding them in a beachside enclave in Cuba. If Alex wants his fiancé to live, he will fly to Cuba and surrender himself within the next two days. But the Cuban colonel has made the mistake of underestimating the resources of a former CIA operative whose security company employees include former Delta Force and Navy SEAL warriors. Ricocheting around the world from China to Cuba to Mexico and drug cartel tunnels, CIA Gulfstream jets and Wall Street, Operation Black Swan tells the explosively plausible tale of the grim possibilities for financial terror inherent in the light speed transactions of stock market buying and selling—and how only a Delta Force sniper with the nickname of “The Hulk” and his Alpha Team stand between a strong and independent American homeland and subservience to a dominant Chinese state.Fans of Tom Clancy, James Patterson, Brad Meltzer and Brad Thor will find Parr’s – Operation Black Swan a spellbinding and griping novel.

“Owen Parr is the author to beat in today’s thriller genre. You talk about fact or fiction! Parr’s books read like tutorials on political crime…” —Mike Pettit, Author

Another 5 Star review on OPERATION BLACK SWAN by Owen Parr

5.0 out of 5 stars Bound to become a new favorite among political thriller aficionados.
By Anita Lock on March 23, 2017
Format: Paperback
Thirty-two-year-old John Powers heads up of a four-person Alpha Team, a special intelligence force within a private security company called Sect-Intel Group. Its owner, Alex Cardenas, sends John’s team on an assignment to uncover a highly elaborate espionage plan. Tagged “Operation Black Swan,” this diabolical China-Cuba plot, which includes extremist jihadists coming through Texas, may be the next wave of terrorist attacks since 9/11. John, whose incredible military background precedes him, receives word from U.S. governmental officials requesting his assistance in the search and capture of these terrorists “attempting to enter the U.S. through Texas.”

The Alpha Team temporarily splits in different directions while John takes on a different team for this new assignment. What was meant to be a straightforward counter-terrorist mission goes quickly awry, leaving John and his crew in a precarious situation. Meanwhile, another diabolical plot is brewing in Mexico City. Jackie and Mel (two of John’s Alpha Team) anticipate spending an enjoyable time with Julia, Alex’s fiancée. But the gal’s evening abruptly shifts when they get pulled over by police. Amid the turbulence, the last thing John expects is to find out that Jackie and Julia were kidnapped.

Operation Black Swan is the first book in Parr’s new John Powers series. Quite the page-turner, Parr’s distinctive first-and-third-person plot carries all the intrigue expected in an international political thriller, plus more. In the midst of alternating scenes set in various parts of the world and a slew of reconnaissance-based dialogue, Parr places John Powers, his principal character, in the limelight. Everything about John’s persona and expertise perfectly matches the massively built six-foot-one former Delta Force operative, except for one quirky aspect: his snarky and laid-back attitude. While annoying at times, this off-kilter trait is truly a refreshing nuance to the plot. Additionally, Parr takes John’s idiosyncrasy a step further by assigning John the job of storytelling.

Speaking directly to readers, John grabs their attention by engaging them with his thought processes and running commentaries. The third-person scenes are equally engaging since Parr tightly weaves in a flurry of political history and information on stock trading while developing his storyline. By shifting from first to third person viewpoints, Parr keeps his narrative light, balanced, and consistently fluid. No doubt, Operation Black Swan is bound to become a new favorite among political thriller aficionados.
Anita Lock, Book reviewer