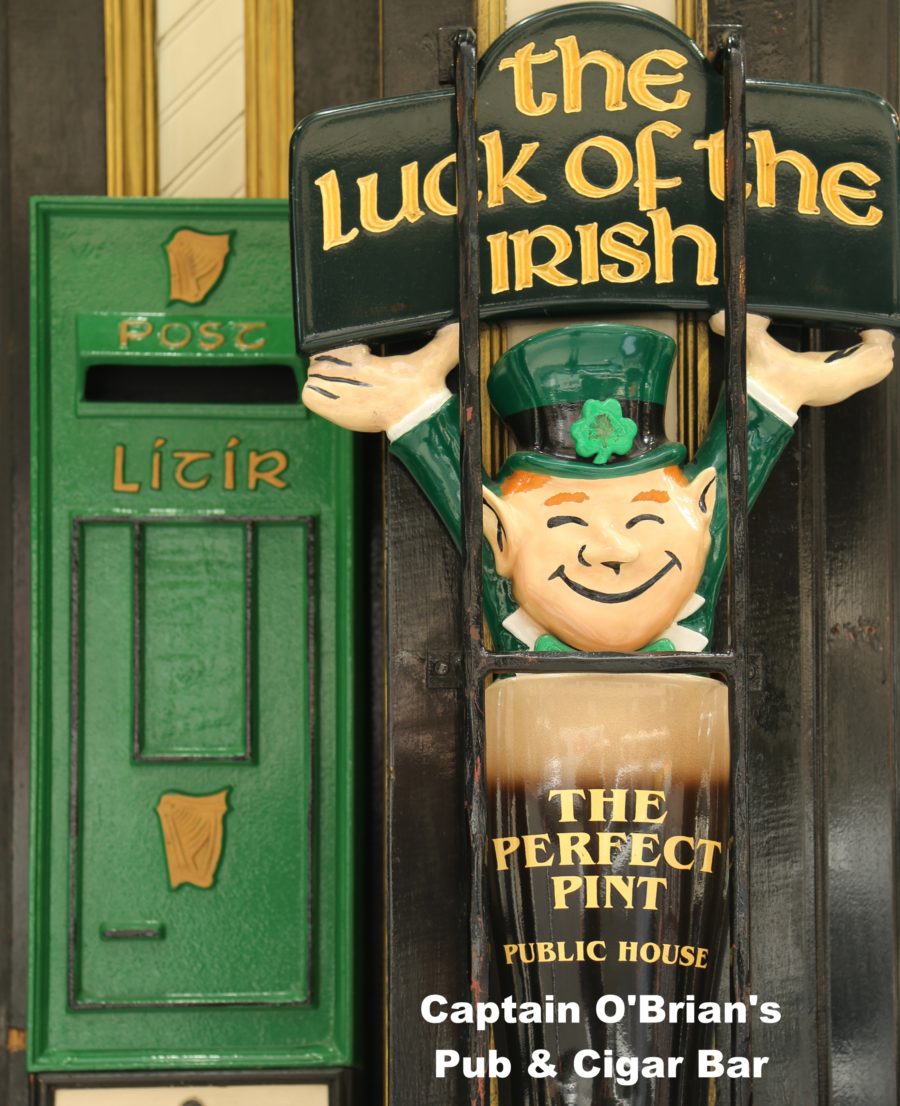 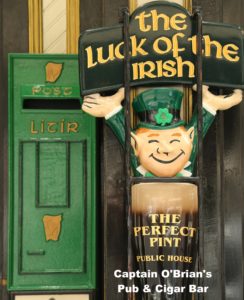 Reserved a booth, named after the celebrities who have enjoyed their ‘spirits’ with us. Their pictures are displayed over their booths. Going back to 1948, the Truman Capote booth, Norman Mailer, Broadway Joe, The ‘Mick’s’ – Micky Mantle, and many more. You never know who’s showing up.

THE SETTING FOR THE MANCUSO – O’BRIAN CRIME MYSTERY SERIES,

Captain O’Brian’s Irish Pub & Cigar Bar, is narratively located on the corners of Beaver and Hanover Streets in the Financial Center of Manhattan. Established in 1946, by Retired USMC Captain Sean O’Brian, upon his return from the Big War. Soon, it became a New York institution, catering mostly, because of its location, to NYPD personnel, Wall Streeters, FBI personnel, and the throng of tourist that stop in on a regular basis. The ambiance of the pub is one of the attractions to the regulars. Tunes by Frank Sinatra, Dean Martin, Sammy Davis, Jr., Tony Bennet, and many more of the classic old favorites play in the background throughout the night. At 7 pm, every night, the NY anthem is played, to which the regulars sing along, to Sinatra’s, New York, New York. Black and white photos with celebrities like Truman Capote, Woody Allen, Norman Mailer, Babe Ruth, Joe Namath, and more, add to the historical setting of the pub. Featuring a worn solid oak bar, the full length of the establishment, on it’s left side. With a full mirrored wall behind the bar. Dark plank flooring with comfortable tables, and of course; captain’s chairs in the center, illuminated by Kelly green shaded lamps that drop from the ceiling. To its right side, the pub features raised booths for four, with comfy green leather sitting, and Kelly green-shaded banker’s lamps.

In 1969, Captain O’Brain passed away coinciding with the return of his oldest son, USMC Sergeant Brandon O’Brian, from the Viet Nam War. Brandon and his best friend, and brother-in-arms, Patrick O’Sullivan, took over the pub. Mr. Pat, as the regulars still call him today, became the face of the pub. Sporting a full red-bearded face, red hair, blue eyes, and of his Irish brogue.

The death of Sergeant Brandon in 1986, thrusted  his younger brother, Father Dominic O’Brian, Associate Pastor, at St. Helen’s Catholic Church, in Brooklyn, into full ownership of the pub. Wanting to keep the pub in the family, Father Dom, recruited his half-brother, Giuseppe “Joey” Mancuso, who had just been forced out of the NYPD Homicide Division after 16 years, to run the pub alongside him. 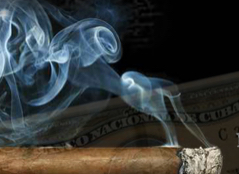 Captain O’Brian’s Pub opens at 2 pm until 2 am. Serving premium drinks and top-rated cigars. Happy Hour is from 4 pm until 6 pm. Join Joey, Father Dom, and Mr. Pat daily, for the best drinks and smokes in Manhattan. Stay until 7 pm and sing along.